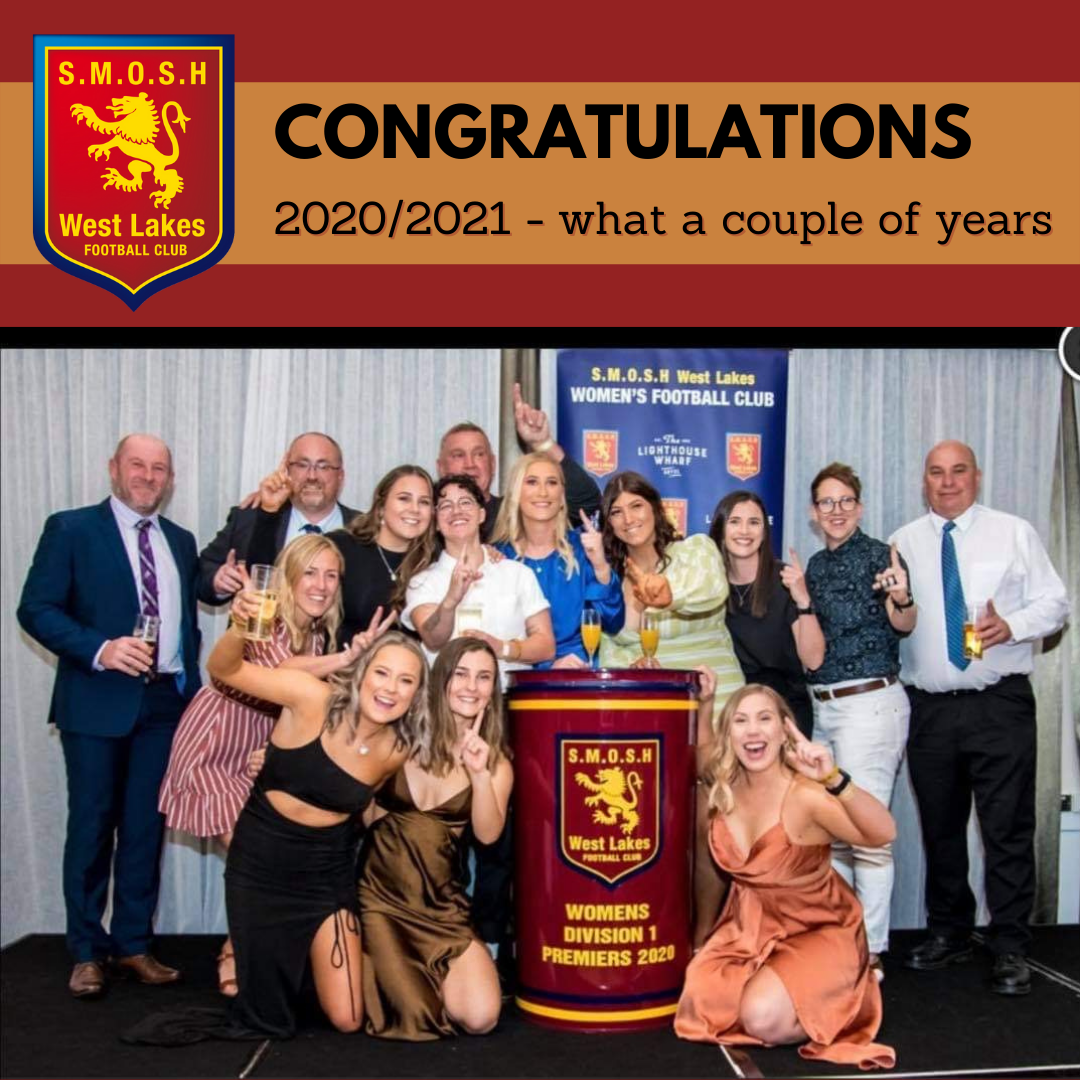 Our SMOSH West Lakes Womens Football Club, held their Best and Fairest Friday 8 October at The Lakes Hotel West Lakes. A frocked affair, saw our rough and tumble teams appreciate the season they had and acknowledge some great efforts, both club and individually.

A highlight of the event was the donation of a Premiership Barrel donated by Brad and Lisa Smith of Cleanscope, who have supported the club for many years with sponsorship and Brad being the outgoing President. Brad was acknowledged in 2020 by the League for his extraordinary volunteering being awarded a certificate of merit. He leaves an incredible legacy during a stellar couple of years for the club. Thank you Brad.

Also awarded for his efforts was Anthony Forby as ‘Lion of the Year’ for his resilience and perseverance, not only for 2021 but for the efforts he has made to the club forging women’s footy through developing girls footy. Another great legacy from a great man. Thank you Anthony.

Lion Heart of the Year was awarded to Bs coach Ash Bridge, who selflessly forged ahead with coaching and mentoring our team despite working through cancer treatment throughout the year. Ash personifies a Lion Heart facing such adversity with courage and perspective. The team rallied around her and together we supported each other to achieve a spot at the big dance and success with Ash’s treatment – Good luck Ash and thank you for pushing through those pressures.

Tashara Wilson was awarded for her stellar effort kicking 26 goals 4 behinds in the Reserves, leading the goal kicking for the Division. That is some fine accuracy, which is great reward for not only her but for the players supplying her the ball. Well done.

Well done everyone for capping off another fabulous year at the club.

Thank you to Mel Faull at Get Snapt photography for taking the award winner images for us.

Tyres and more at Bridgestone WL