The SMOSH West Lakes Women’s Football Club was started in the Spring of 2018 and officially registered for the Adelaide Football League in February 2019. The SMOSH West Lakes junior footy club boasts the honour of having AFLW star Erin Phillips as a junior club legend and therefore it was fitting that her father Greg Phillips (pictured left), Port Adelaide FC legendary Centre Half Back and AFL hall of Fame-er, was approached to be our inaugural coach. He accepted, and we now have forged a wonderful club culture as a result.

The club has the backing of the Senior Men’s and Junior clubs and fields a Division 1 and Reserves teams, and also an U18/U17.5 Girls team.  Our current Senior Coach is Brad Day.

The club is aspiring to be the premier women’s footy club in the west and build a club culture that is already entrenched into the sports club already. Women of all experience are encouraged to try out and we also encourage girls to consider playing with our juniors as a pathway to our senior women’s footy team. See junior website link in the header menu for Junior Footy.

If you wish to speak to our organising committee please select the link below.

SMOSH West Lakes is continuing to be the premier women’s footy club in the west since first registering with the Adelaide Footy League in February 2019.  SMOSH West Lakes women’s have won Division 1 A grade and A grade Reserves premierships while flourishing on a club culture that is entrenched in our sports club, being;  encouraging and embracing the opportunity to develop player’s skills, knowledge and friendships.

After enjoying 3 extremely successful years as inaugural coach, all round football legend Greg Phillips is moving to a club coach-mentoring role, allowing Brad Day to accept the role of senior A grade womens coach, working alongside reserves coach Ashleigh Bridge.

Brad went on to play a few injury-plagued years of senior football at both Port Adelaide Magpies (with Greg Phillips as coach) and Port Districts before having to retire from playing in his early 20’s due to on-going knee injuries. He was lucky enough to be  coached by some of biggest names in SA football including John Cahill, Brian Fairclough, Neville Thiele, Gary Tredrea, Neil Kearley, and of course Greg Phillips and Russell Ebert.

Brad will continue to make certain SMOSH West Lakes is the successful destination footy club in the west for women’s footy and maintain the high standards of success, development, club culture and football enjoyment for all female players. 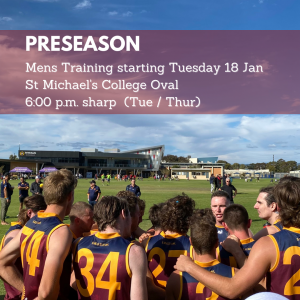 Thanks to St Michael’s College again, we are back to preseason from Tuesday January 18. 6:00 p.m. starts on Tuesday and Thursdays. Park off Lawrie Street. If you are considering joining the club send us an

We are back in 2022 and Preseason starts Monday 17 January. Off the back of another great season in Div 1 Womens, we have a new coach (Brad Day) and some new faces on the committee. 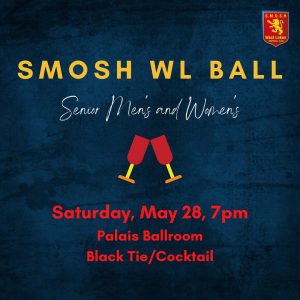 The SMOSH West Lakes Senior Mens and Womens Clubs have teamed up with major club partner The Palais Hotel to host this year’s 2022 Senior Mid Year Ball. This year we are hosting a standing Black 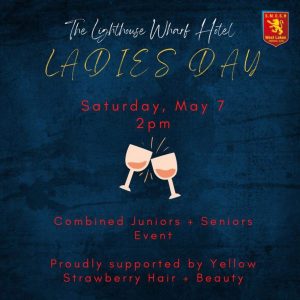 Calling all the Ladies. Thanks to the Lighthouse Warf Hotel and Yellow Strawberry Hair & Beauty, we are offering a great Ladies Day at The Den on Saturday 7 May. This is a whole of club 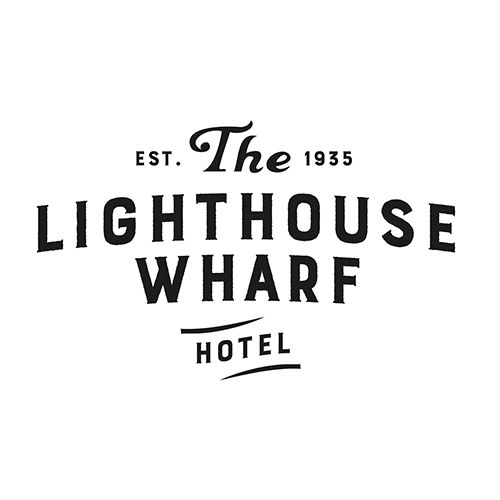 When we announced that the SMOSH West Lakes Football Club was forming a women’s football team The Lighthouse Wharf Hotel were first on board to support us. The newly renovated colonial hotel has certainly got the charm and space we need to host many footy events for our Women’s Teams.

Nestled in the heart of the Port, enjoy long, lazy lunches, glowing sunsets, and clink glasses with friends as you sit back, relax and soak in the serenity of the iconic lighthouse and Port River.

One of the initiatives we have at the SMOSH West Lakes Footy Club is the ability to sponsor a player. This initiative started with the men’s teams and we are opening it up for our women’s teams as well. This is a great way to personally support a women’s player and promote your business as well. A poster (see example) will be posted above the bar at the West Lakes Sports Club, and a copy provided to you the sponsor.

The player will also be supported based on the sponsor option you choose below.

There are two options to choose from:

To sponsor a player, simply download the Player Sponsor form and complete the instructions. Your business could be promoted right here on this website (see posters below) 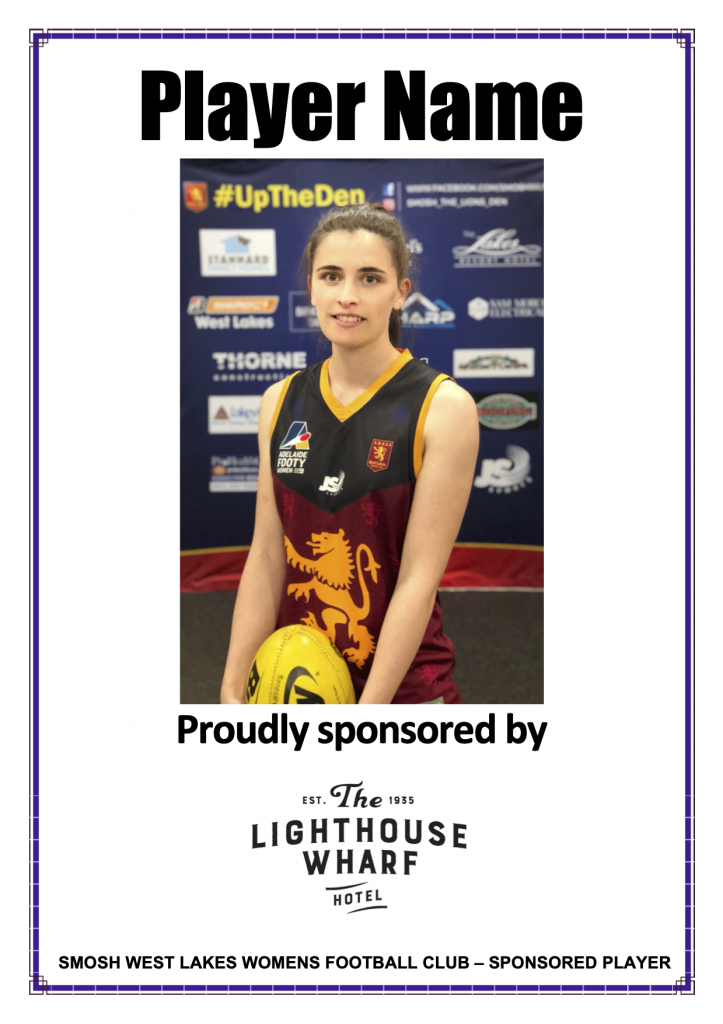